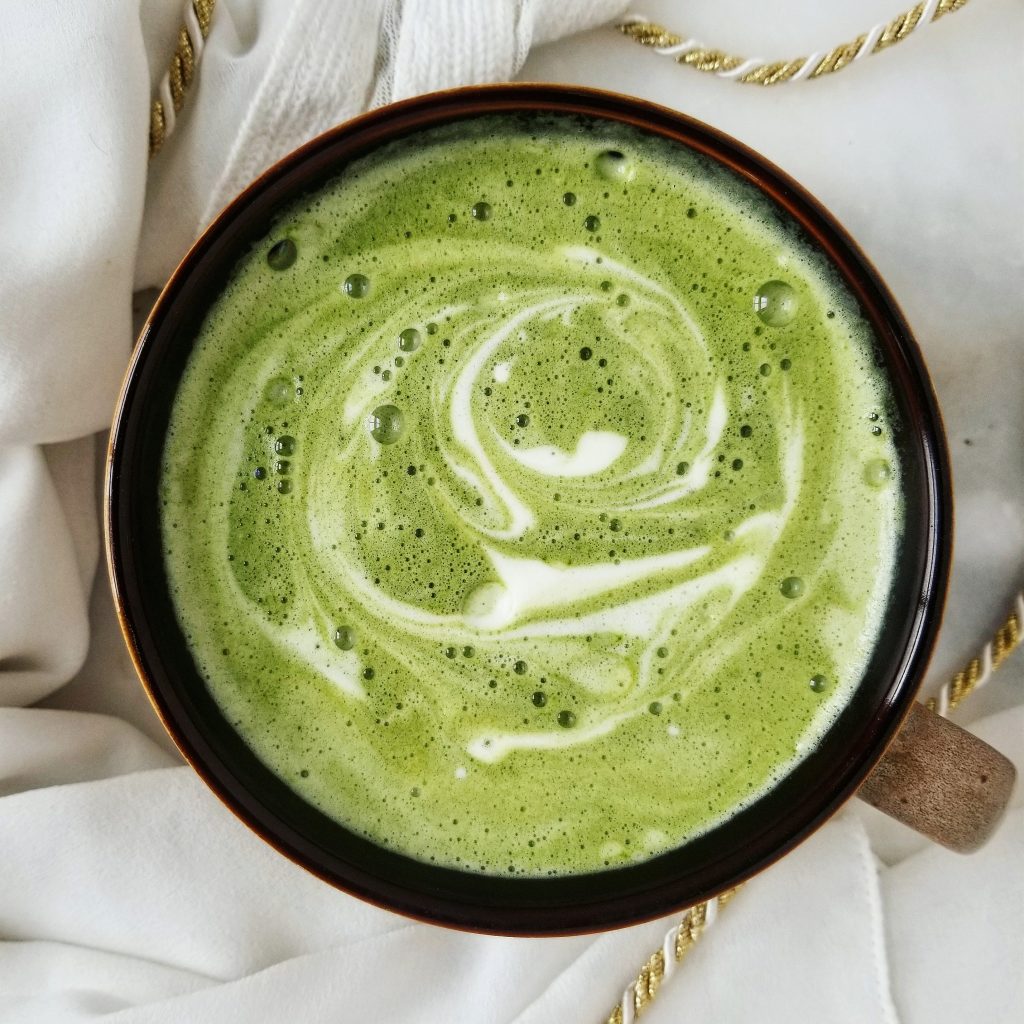 Green tea has been around for centuries! We have all heard about how green tea can help boost your metabolism, clear your skin, and give you energy. But, did you know that you can drink green tea for mental health improvement?

Historians can trace green tea all the way back to 2737 BC in China. Emperor Shennog mistakenly drank water that had a dead tea leaf boiled in it. He thought it was delicious and it became something of a delicacy, available only to the most wealthy people 1.

Eventually, green tea traveled west in the 19th century by European explorers, and the rest is history.

Today, it is estimated that 2.5 million tons of tea leaves are produced throughout the world each year. And it’s no wonder this delicious tea is so popular.

Green tea contains compounds that are associated with health benefits. These compounds fall into two major classes: polyphenols and flavonoids. Together, they represent a whopping 30% of green teas dry weight!

Most of green tea polyphenols are flavonols. They are commonly referred to as catechins. There are 4 kinds of catechins found in green tea.

However, the catechin most associated with anti-inflammatory and anti-cancer benefits of green tea is called epigallocatechin, or, EGCG 2, 3,4.

The other class of compounds is called flavonoids. These also act as antioxidants and anti-inflammatory compounds. They help to fight disease and inflammation in the body.

The flavonoids found in green tea are: kaempherol, quercetin, and myricetin.

Interestingly, 1-4% of green tea leaves dry weight is amino acids. One of those amino acids is tryptophan, which is the sole precursor to make mood boosting serotonin 4.

But a unique unique amino acid is found in green tea, called L-theanine. L-theanine is well known for its beneficial effects on human brain function. It has the ability to relax the mind without inducing drowsiness.

Mainly known for its ability to help with inflammatory conditions like heart disease, obesity, and diabetes, green tea can also be used to benefit mental health.

Green tea’s high l-theanine content might help reduce anxiety. Studies have found that people who drank green tea experienced consistently lower levels of stress than those who did not 5.

Other studies have shown that drinking green tea, even in small quantities can contribute to a positive mood.

One study in older adults showed that there was a lower prevalence of depressive symptoms the more frequently they drank the tea 6.

Although done on animals, one study showed that drinking green tea could increase dopamine and serotonin 7. We know that deficiencies these two hormones play major roles in mental health disorders.

Ways to drink it

The most common and traditional way to make it is to steep, or brew the tea leaves in hot water.

You can also add so many different flavors to it like mint, lemon, and even ginger! I love drinking mine with a fresh slice of lemon and some honey!

Green tea is best brewed just before the water starts to boil. Steep your tea for only 1-3 minutes to get the most delicious flavor. The higher the quality of the tea, the less time you will want to steep it.

Another delicious way to drink it is powdered, or, matcha. Mix the matcha powder with milk or water and enjoy.

Either of these can be enjoyed hot and cold!

Drinking green tea is beneficial for mental health. And whether or not you suffer from mental health disorders, this drink is good for you!

But, all good things are no longer good in excess. Consumption of green tea extract has been linked to liver failure 8, 9, 10. Drinking it traditionally, from the leaves is likely the safest way to drink it.

Read next: 10 foods to improve your mood.