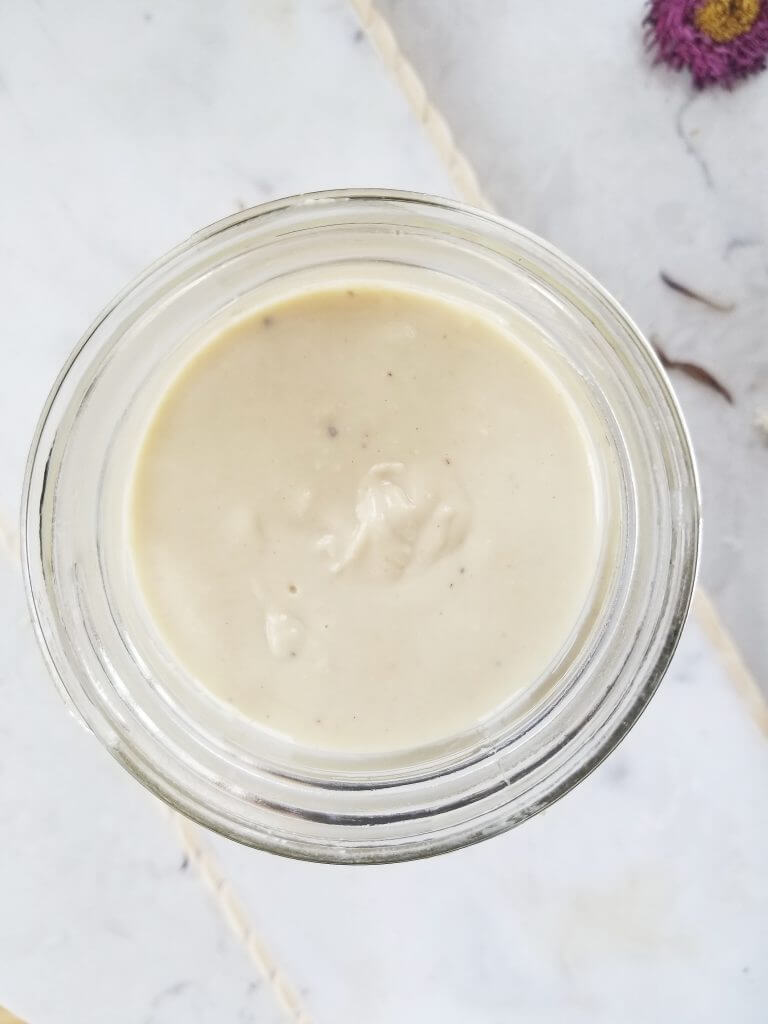 Cashew butter is one of my favorite nut butters! It is so creamy and has a subtle flavor that it is really easy to incorporate into a lot of different recipes. I don't know about where you live, but here, cashew butter can be super expensive. That is my only issue with it. But since I always have cashews on hand for raw cashew cheesecake's, I decided to make my own! Read on to learn how to make raw cashew butter!

WATCH HOW TO MAKE CASHEW BUTTER IN YOUR BLENDER:

I made cashew butter in my blender using roasted cashews. It took me about 4 minutes to blend the cashews down to a creamy texture. If you want to make raw cashew butter in your blender, just keep blending and scraping down the sides until it is the consistency that you like. See my photos below to how raw cashew butter looked in my food processor.

IS RAW CASHEW BUTTER GOOD FOR YOU?

USE COCONUT OIL. Coconut oil not only tastes amazing in cashew butter because it adds a hint of a tropical flavor, but it is also necessary for a creamy texture.

GET THE FLAVOR YOU LIKE. The more coconut oil you add, the more of a "coconut" flavor you will get. So if you don't want it to have a coconut flavor at ALL, just skip the coconut oil. You could use an alternative oil like sunflower oil.

USE A HIGH QUALITY FOOD PROCESSOR OR BLENDER. Make sure that your food processor has a pretty strong motor. You have to blend this for at least 10-15 minutes to get a very creamy texture. The longer the raw nuts are blended, the more creamy they become. If you have a weak motor, you could burn it out pretty quickly!

DON'T BE SKIMPY ON BLENDING. I know 15 minutes seems like a long time, but just turn your food processor on and walk away. It is necessary to blend nut butters for a long time to achieve a super creamy texture. Unless you like some chunks, in that case you can turn it off whenever you want.

**A NOTE ON ROASTED VERSUS RAW CASHEW BUTTER: raw takes longer to blend to a smooth texture.

HOW TO MAKE RAW CASHEW BUTTER WITHOUT A FOOD PROCESSOR.

If you don't have a food processor, you can still make cashew butter in your blender! 2 high powered blenders that work well for running a long time and making creamy cashew butter are the ninja and vitamix. Unfortunately, most cheaper blenders have cheaper engines and might overheat and burn out after a couple of minutes.

IS IT CHEAPER TO MAKE YOUR OWN CASHEW BUTTER?

Both are healthy in their own way! This is why you should have variety in your diet. Cashew butter is slightly lower in protein and fat than peanut butter is.

SHOULD I USE RAW OR ROASTED CASHEWS FOR CASHEW BUTTER?

You can use either one! I used raw cashews for my cashew butter, but most people like to use roasted. Keep in mind that some nutrients are degraded during the roasting process, so raw cashew butter will actually have more nutrition than roasted cashew butter.

DO YOU HAVE TO REFRIGERATE HOMEMADE CASHEW BUTTER?

You can store homemade cashew butter at room temperature for about a week. But, if you want it to last up to 3 months, store it in the fridge in an airtight container.

ABOUT THE INGREDIENTS IN CASHEW BUTTER

Now lets get to it!

HOW TO MAKE HOMEMADE CASHEW BUTTER

Make sure you have:

You can find raw cashews at most large grocery stores. Or you can definitely find them at health food stores. And if all else fails, buy them on line! Make sure you refrigerate your cashews, they can go bad pretty quickly without you even noticing it! I used to store my raw seeds & nuts in the cupboard for years before I learned that they should really be storied in the fridge!

I like to use unrefined coconut oil. The refining process can take away some of the beneficial properties.

You could do this in a high powered blender, but you will want to make sure your blender has a strong motor so you don't burn it out!

HOW TO MAKE CASHEW BUTTER

Cashew butter.. and all nut butters are SO easy to make at home. It is another one of those recipes that I used to never make because I was like oh my gosh who has time for that. But really, you can make this on the weekend. And since most of the work is done by the food processor, you can let it run while you do other things!

So how is it done? Here is how:

I let mine run for a long time because I like very creamy cashew butter.

If you like yours with a little bit of a crunch, you can do it for less time.

NOTE: depending on how powerful your food processor is, or if you are using a blender, these times may vary.

At this point it was getting really creamy but I wanted to make sure there was no bits of cashews left in there.

Pour your fresh homemade raw cashew butter into an airtight jar or container.

HOW TO STORE CASHEW BUTTER

I stored mine in a mason jar with a lid in the fridge. This works really well because the fridge slows down fresh & raw nuts from going rancid.

You can store cashew butter up to 3 months in the fridge! Just make sure that the container is glass and it has an airtight lid.

Glass is a much better food storage option in my opinion, everything always tastes so much more fresh when it is stored in glass. When I store things in plastic, the plastic seems to take on the flavors of what is being stored in it and then you have all these flavors melded together...or is it just me??

Try my cashew butter on one of my delicious and healthy oatmeal bowls! 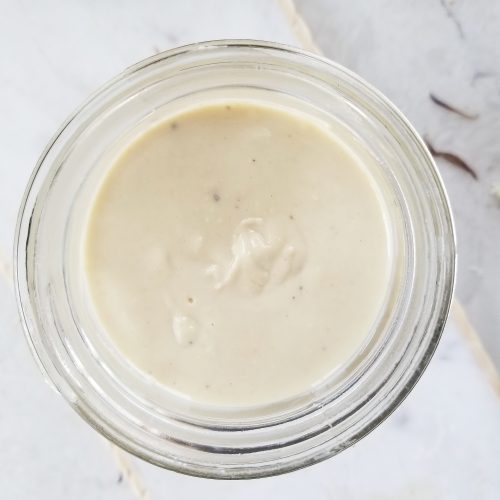