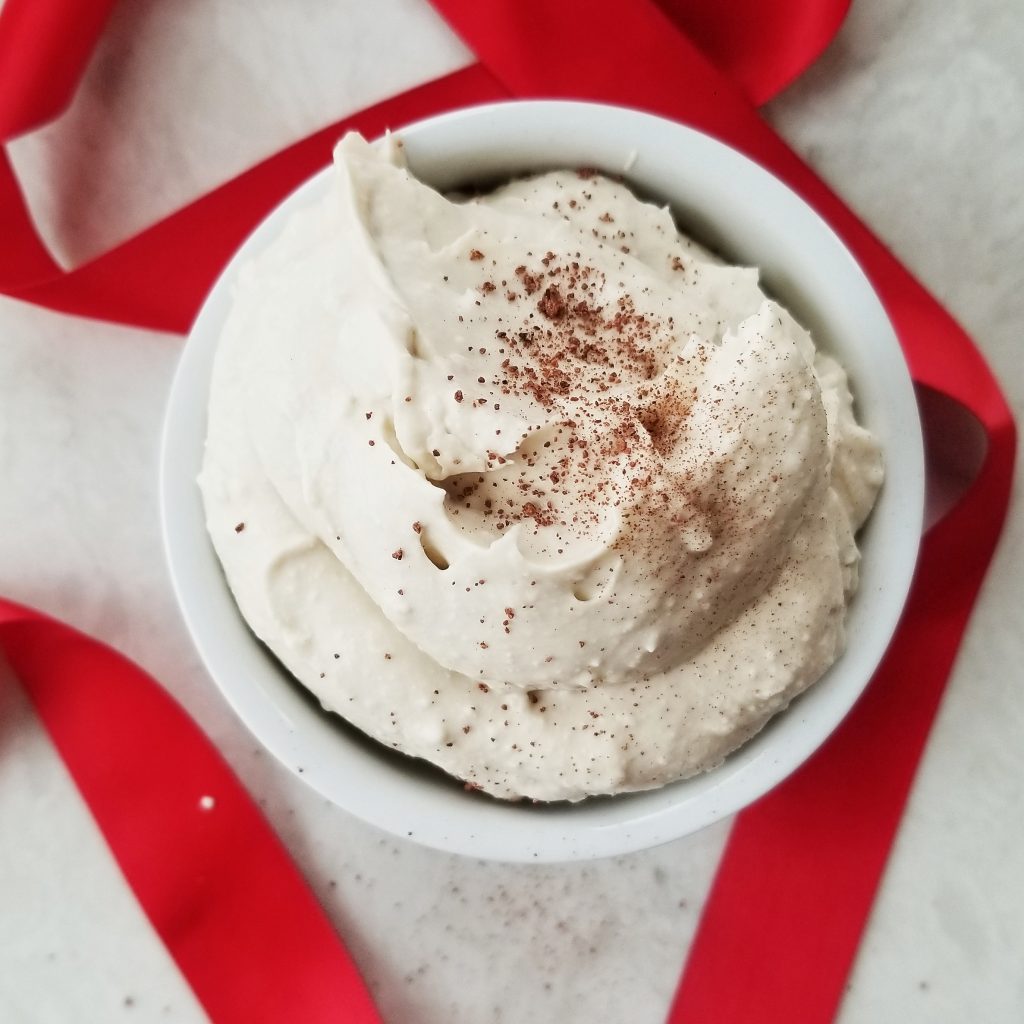 Coconut Whipped Cream from canned coconut milk. My 1 ingredient coconut whipped cream frosting is much healthier than the store bought whipped cream! And it is really easy to make!

My Coconut Whipped Cream Recipe is:

Yes! Coconut whip is made from just coconut milk so it makes a great whipped cream alternative. Especially when you look at store bought whipped cream, which has tons of nasty additives. Coconut milk is also rich in a number of nutrients like medium chain fats, vitamin C, folate, iron, magnesium, potassium, copper, manganese, and selenium!

COCONUT WHIPPED CREAM CALORIES: 69 per serving. It also has some protein, potassium, fiber, vitamin C, iron, vitamin B6, and magnesium!

BUY FULL FAT COCONUT MILK. Not all brands are the same and some actually don't have as much fat even though they are labelled full fat. Look at the back of the can and buy the one with the highest fat percentage.

SCRAPE OUT ONLY THE HARD PART OF THE MILK INTO YOUR MIXING BOWL. You can add a little bit of the liquid later to get to the texture that you like.

ADD GRANULATED SWEETENER IF YOU WANT SWEET COCONUT WHIP. Don't use honey, maple syrup, or any liquid type sweetener. These will weigh your coconut whip down and make it flat instead of fluffy.

USE THE DAY OF. Coconut whip does not store well and will lose its body when stored in the fridge. So make it just before serving!

CAN I USE COCONUT CREAM INSTEAD OF WHIPPING CREAM?

Yes! Coconut whip is excellent for those following a low carbohydrate diet because it is mainly fat.

Yes! Because it is made from just coconut milk.

After whipping the hard part of the canned coconut milk, add 2+ tablespoons to get chocolate or dark chocolate coconut whip!

WATCH HOW I MADE COCONUT WHIPPED CREAM

HOW TO MAKE 1 INGREDIENT COCONUT WHIP

Open your can of chilled coconut milk. Scrape the hard part off the top into a medium sized bowl. If you are unsure, watch my video above.

Add 1-2 scoops of the liquid part of the can to your bowl along with ½ cup of coconut sugar (if using). Beat with your blender until the mixture is smooth and fluffy.

You can add more liquid and adjust the texture of the whipped cream. Just make sure you don’t add too much liquid or this will make it very flat and heavy!

This is best eaten fresh right after making. But, you can store it in the fridge for up to 2 days. Just be aware it will lose some of its fluffiness when stored in the fridge. 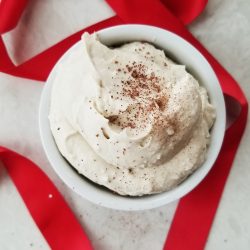 Find the hand mixer I use on the kitchen gadgets page of my Amazon shop account!
You do want full fat coconut milk. The fat is the part that hardens and is necessary for your whipped cream!   Nutritional information is only an estimate. The accuracy of the nutritional information for any recipe on this site is not guaranteed. Nutrition facts for coconut whipped cream are calculated without any sweetener.